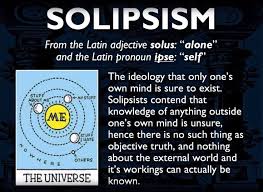 Donald Trump is on a slippery slope to disaster because he is trapped in a philosophical vise: Trump lives and acts like the only reality that exists is what pops into his mind, out of his mouth, and on to twitter, while he simultaneously craves the adoration of other minds whose realities and very existence he denies and attacks! 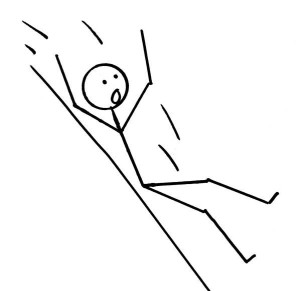 This irresolvable conflict by the most powerful man on earth is a disturbing sight as it unfolds daily on the world stage before our eyes. It’s not that he is just breaking the established rules of democratic discourse, which dominates discussion; he doesn’t seem to care, know or believe in any rules not made by him, including the right to change his own rules as he wishes. That’s solipsism. (It’s also the old Groucho Marx joke writ large as he was asked to summarize his philosophy of life:

Groucho: Here are my principles, if you don’t like these I have others.

What’s funny in a comedy club is not so much in the White House.

Charles Krauthammer, a board-certified psychiatrist, writing for the Washington Post was the first person I know of who diagnosed Trump as a “solipsist in a cocoon” back in August of 2016. (Technically, to be pedantic, “in a cocoon” seems redundant since by definition all solipsists live in a prison of their own mind.)

A solipsist, according to Irish Philosopher, Stephen P. Thornton, author of Solipsism and the Problem of Other Minds, is “a person that can attach no meaning to the supposition that there could be thoughts, experiences, and emotions other than his own.”

This describes Donald Trump to a T.

It’s fair to say that all of us have solipsistic tendencies in us otherwise there would be no disruptors—no innovators and artists who create new possibilities.  It’s a question of degree.  Artists display their work hoping to stimulate interest (and money) from others, and; entrepreneurs give their elevator pitches hoping for interest in the form of support and startup funding.  Trump’s philosophy of life takes solipsism to the limit:

Trump: Win at any cost, and if someone gets in your way or hits you, hit ‘em back ten times.

This is bullying and intimidation plain and simple.

It worked for Trump as a CEO business man to build his billion dollar empire because it revolved, first, around developing great tangible objects; and then, branding them with his Trump name as an intangible symbol of greatness that transmuted constant feedback of “his greatness” that he so craves back to him .

Success in his new job as CEO of our government works in exactly the opposite direction:  intangible service is provided first (safety, health care, education, infrastructure, etc.) followed by feedback of his presidential greatness based on the tangible proof that people are indeed safer, are healthier, and are better educated, etc.

The near universal desire for each of us to have meaningful connections with others is what makes a group, village, and society. The objects we build and connect have always been the substrate that supports our human connection, not the other way around. We compete over what shall be the generally accepted rules of society until better rules are needed to adapt to different times, and then we repeat the cycle on and on as we evolve.

Even if absolute Reality is ultimately unknowable there are natural physical regularities we can agree on that exist, and that we can all depend on and use, such as gravity, fire, friction and reinforced behavior tends to repeat itself.  These are some of the regularities of science, so-called provisional truths, that are valid over a particular range of experience. Human interactions will always have surprises and pose uncertainties we have to deal with regardless of how big Big Data becomes.

If we all allowed our minds to open up to our full solipsistic capacity (Trump level), we would be living in a Trump World of a full-on FrictionLessSociety™ of the far future because we would each have no mental resistance (mental friction or constraints) to keep our neurons from bouncing incoherently with only fleeting moments of stable and meaningful patterns.

Perhaps Trump is an alien visitor to earth; a kind of brilliant intergalactic “Tarzan” from a far-advanced technological “jungle” of the future where each being makes up their own truth moment by moment from a set of meaning symbols using only a single symbol to communicate each  meaning that is drawn from a set of 8 bits total (32 symbols).  Two of those symbols are bound to represent the intangibles of “love” and “respect” if the human race survives.

If Trump is a Technological Tarzan Alien, he could be here on a mission to shock us into all working together to get through our current patch of growing pains as we launch headlong into the FrictionLessSociety™.