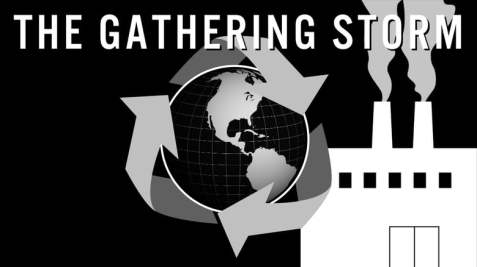 It looks to be a dangerous, unstable, and unpredictable world to a degree not experienced in generations. History has always been a safe refuge for an optimist searching for positive perspective in negative times; the greater the danger, the longer back in history we must look for optimism. 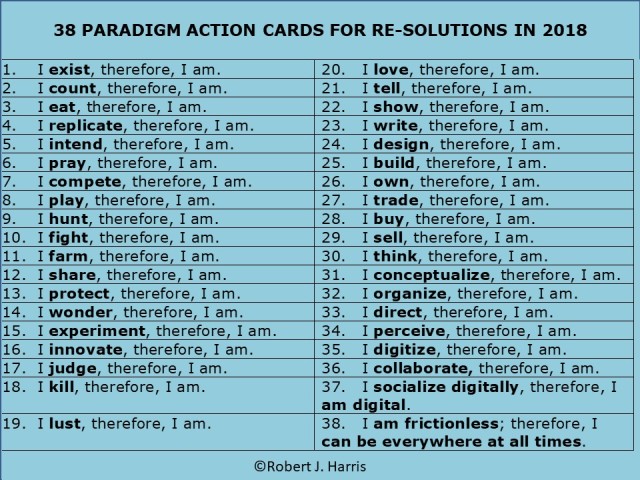 When I took a look at what we have to be thankful for from history, I found myself going back to the beginning of life four billion years ago.  We may HOPE we are not alone in the vast universe, but what we all know for sure is that we represent an amazingly long unbroken chain of life from single-cell primitive life to complex humans with super computer brains that can think, feel, plan, create, love, and decide.  We have learned a lot more than this.

We each possess a rich inheritance of knowledge gifts accumulated from our four-billion-year journey.  I call these gifts Knowledge Paradigms of Action (KPAs) —approaches, or dependable worldviews, if you will, drawn from our ancestors’ successes in their survival experiences from conflicts with physical reality and with each other. The fact that the general quality of human life has gradually improved and sustained itself over billions of years means, on average, that life has been earning compound interest on its investments in “new and better” Paradigms of Action over its 4 billion years of existence.

Research of my previous client work led me to discover a top 20 KPA list (all verbs) I had prepared from previous strategy work, so I expanded it to 38 items roughly in chronological ord 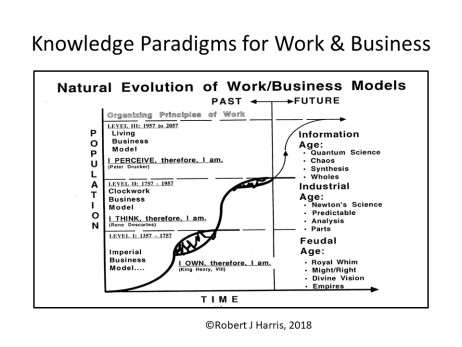 er.  I don’t claim the list is exhaustive or that everyone uses all of it but I do claim it is generally available and accessible to all and is our human birthright bequeathed to us by our ancestors.  The 500-year period from the renaissance to the 20th century set the stage and format for the KPA timeline.

The beginning of the modern Eras of Work and Business was also the ending of the Royalty model as typified in the 15th Century by King Henry VIII for the time of kings, serfs and dragons, and the would-be KPA slogan:

With apologies and due respect to 17th Century philosopher, Rene’ Descartes, his famous dictum of human intellectual self-awareness led to the Industrial Era fueled by the scientific revolution, was used as the syntax for all KPA entries:

The Information Era of work and business superseded the Industrial Age and began in the 1950s driven by computer technology with the KPA slogan:

I perceive, therefore, I am.

New KPA entries were expanded ahead of these into the future and backward in the past to the beginning of life.  Please note that broad meanings are intended to be used for each of the 38 KPAs.  For example, the key word “count” in #2 refers to discovery of the primitive distinction between “me and not me,” or, “it and not it,” both of which likely led to the digital numbering system of counting, the foundation of modern computers.   Another example is the key word “play” in #8, which refers both to a child at leisurely play for fun as well as serious adult play as conceptualization, design and innovation.

These broadest interpretations of the 38 key “paradigm card” words translate into a rich library of proven problem-solving approaches to address any difficulty 2018 may throw our way.

And that’s something to be optimistic about.