A philosophologist is like a musicologist who writes about music but has never played music. 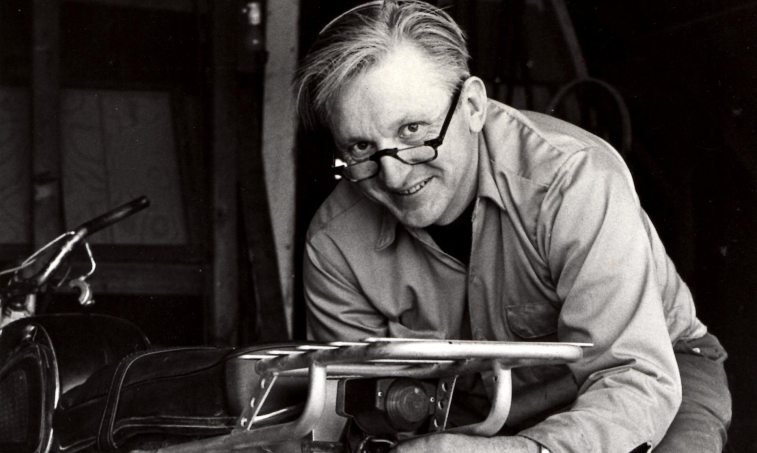 Robert Pirsig was a mentor, colleague and friend of mine who, without purpose or intent, was instrumental in shifting my life trajectory to a higher level of quality twice in my lifetime. He was a generous and kindred spirit, and the highest-quality human being I ever met.

I believe I also impacted his life as well by being the pushy playmate  that got his shy mind-child to come out and play early on during intense back and forth remote writing sessions during 1991- 2001. I was the first person to put some clothes on his Metaphysics of Quality and put it to practical use. I used MOQ as an organizational framework in a relational process to address client issues in my management consulting practice.  Today, MOQ is helping make sense of the  FrictionLessSociety™.

I learned of his passing two weeks ago when I bolted wide awake in a cold sweat in the middle of the night with the name “Robert Pirsig, Robert Pirsig…” pulsing in my brain.  I fumbled for my iPhone and frantically googled to discover that he had passed a week ago. A cloud of sadness washed over me. I miss him greatly.

The story of how our separate lives intersected is the story of how the unplanned life journeys of two contrarians, from two different generations and disciplines (physics and philosophy), became entangled via random events in a way that created unexpected dynamic value for each of us. This story is still unfolding for me.

The Robert Pirsig I knew was a gentle, soft-spoken pragmatist and a real philosopher in the sense that he wrote about what he actually experienced from his life’s journey. Every time I try to write a sentence this guiding thought pops into my mind.

He only wrote two books, novels that each told “road trip stories” as thinly disguised metaphors of his own life journey that revealed his profound discoveries of the meanings of life.  His first trip story was on a motorcycle and the second was on a sailboat.

His first book, ZMM[1], was published in 1974 and became a surprise best seller with 50,000 copies sold in the first three months.  To date ZMM has sold over 5 million copies globally and translated into 27 languages.  It took five years to write and was turned down by over 121 publishers until it was finally picked up by #122, William Morrow, with a $3000 advance paid to Pirsig with no expectations for future publication success.

Pirsig’s second book, Lila[2], was published in 1991.  It took 17 years to write, and generated a huge advance for Pirsig based on ZMM’s success in the 1970s; to get started he  cheekily used part of his reported $2+ million advance for Lila  to buy a 32-foot oceangoing sailboat. I guess he wanted to prime his muse for ideas before getting started on Lila. He met a woman on this boat in Florida in 1975 who was there to interview him about ZMM ; he ended up marrying her. Her name is Wendy, an ironic name for a MOQ sailing mate.

He eventually finished writing Lila, which was a much less successful [3] book commercially than his runaway best seller, ZMM. Many readers said they could not understand Lila even after re-reading it. One critic reviewed Lila as the work of a crank[4] . Pirsig once told me that one hundred years from now Lila will be the only book of his that people will still be reading.

Some professional thinkers thought Lila was profoundly important, including me. To help the cause, Pirsig connected me to the University of Liverpool and several “MOQ people” in Europe where I gave invited lectures and public workshops on MOQ in 1995 to 2001. During this time I also advised graduate student Anthony McWatt on his PhD thesis at Liverpool, the first ever PhD philosophy degree based on Pirsig’s MOQ. Anthony and I also met with Pirsig and his wife, Wendy, in 1999 at a German pub in the Seaport Hotel in Boston in January 1999, to discuss an MOQ course Anthony was preparing for students. Anthony was finally awarded his PhD on MOQ in 2004.

Pirsig had a wicked understated sense of humor and even mocked his own profession; he put “philosophers” who did not “walk their talk” in the same category as musicologists, and labeled them “philosophologists,” a neologism he made up that became popular to the dismay of many academic departments; it has also been repurposed by smart-ass comedians.

Pirsig’s serious definition of metaphysics was this: “Metaphysics is not reality, it is names about reality. It’s a  collection of the most general statements of a hierarchical structure of thought that deals with the nature and structure of reality.”

Pirsig’s favorite funny definition of metaphysics was this: “Metaphysics is a restaurant where they give you a thirty-thousand page menu and no food.” (rimshot, please)

Pirsig was a contrarian who looked at reality from an odd angle compared to most. Without malice, I believe his quiet intellectual presence threatened powerful people the most who feared the power of his different and more profound view of reality because it was backed by the sharp blade of his 170-IQ rhetorical genius. He lived deep and wide with great passion and honest connection to each of life’s moments out of which he created the master work of his life:  the Metaphysics of Quality (MOQ).

[1] Zen and the Art of Motorcycle Maintenance:  Inquiry into Values, 1974

[3](Positive Review of Lila & ZMM)  David Streitfeld of WashPost in 1991 with Pirsig Quote on Lila: “Reading metaphysics is like reading blueprints,” Pirsig explains. “There’s no way to make it very interesting, and no way you’re going to write a bestseller.”

[4] (Negative Review of Lila he sent me  in his first letter of response to my letter of interest in MOQ) Dan Cryer of New York Newsday on October 21, 1991 said of Lila’s author, Pirsig: “Like the village crank hanging out at the public library, the guy really believes he has discovered the secret of the universe.”